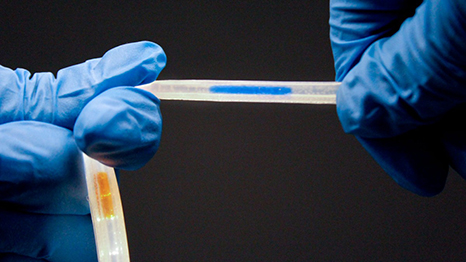 Researchers at Cornell University have developed stretchable sensors that can detect sensations such as strain, pressure, and bending, much like human skin. Deformation is measured through changes in optical paths within the flexible fiber optic sensors. By providing a sense of ‘touch’, the sensors could provide additional functionality for medical soft robots or prostheses and also be useful in measuring forces in physical therapy and sports medicine.

Allowing machines to physically feel and explore their environment by mimicking the tactile sensation of skin is an active area of research at present. The potential rewards include surgical robots that can feel their way through the body, and robotic prostheses that give their users a sense of touch.

Other applications may include unlocking new types of data for physical therapy, such as the forces exerted by a patient when performing a specific exercise or activity. At present, such therapy may involve motion-tracking to assess patient movements, but there is no reliable way to measure the forces involved.

“Right now, sensing is done mostly by vision,” said Rob Shepherd, a researcher involved in the study. “We hardly ever measure touch in real life. This skin is a way to allow ourselves and machines to measure tactile interactions in a way that we now currently use the cameras in our phones. It’s using vision to measure touch. This is the most convenient and practical way to do it in a scalable way.”

This latest technology uses fiber optic cables to masure physical deformation, such as bending and strain. The sensors are tubes that contain elastomeric cores, one of which contains absorbing dyes. An LED provides light along the core and a red-green-blue sensor chip measures changes in the light path along the core as an indicator of the deformation of the tube.

So far, the researchers have installed their sensors on the fingers of a glove that is also fitted with a battery and is Bluetooth enabled so that it can transmit data about the movements of the glove and the forces acting on the sensors. 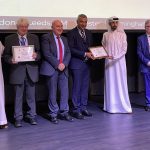 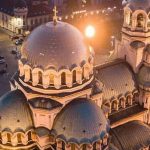 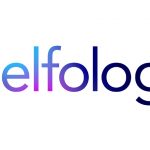