xvision system is a first augmented reality guidance system for surgery that allows surgeons to ‘see’ the patient’s anatomy through skin and tissue as if they have ‘x-ray vision,’ accurately navigating the instruments and implants during spine procedures

Known to be the most promising digital health technologies at present and in the future, Augmented Reality has the potential to change healthcare, according to experts. 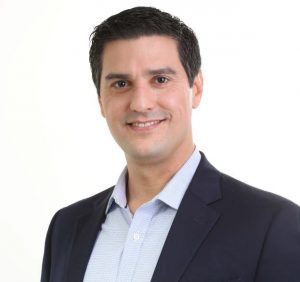 Commonly known to us as AR, the technology is used in our everyday technology such as cameras to overlay digital transformations on to the real world. In contrast with VR (Virtual Reality) which creates an entirely new world. AR allows us to bring the most useful information from the digital realm into our perception of the environment around us. In the healthcare industry, the technology is used in many surgical systems. Today there are many nurses and doctors interacting with AR applications every day to improve patient education and its outcomes.

The global Augmented Reality (AR) & Virtual Reality (VR) in healthcare market size was valued at USD 568.7 million in 2016 and is projected to grow at a CAGR of 29.1% during the forecast period. The growing integration of technology & digitalization in healthcare, increasing healthcare expenditure & focus on delivery of eﬃcient health services, and its significance in training healthcare professionals are some of the key factors driving the increasing adoption of AR and VR technologies, according to grandview research.com.

However, many healthcare technology companies are now hard at work in laying the foundation of AR revolution. One such company is Augmedics, a Chicago-based company, aiming to improve healthcare by augmenting surgery with cutting edge technologies that solve unmet clinical needs and instill technological confidence in the surgical workflow. Its pioneering xvision system, the first augmented reality guidance system for surgery, allows surgeons to ‘see’ the patient’s anatomy through skin and tissue as if they have ‘x-ray vision,’ and to accurately navigate instruments and implants during spine procedures.

Nissan Elimelech, CEO, Founder of Augmedics explains to Ayesha Rashid, Editor at Mediworldme, why xvision is a ground breaking advancement that will revolutionize surgery? 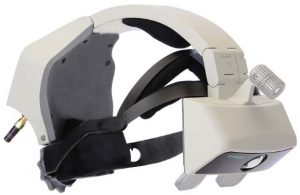 Tell us in detail about your xvision?

The xvision system is the first augmented reality guidance system for surgery. Although there are currently other augmented reality devices used in medicine today, as well as other image guidance systems, this is the first of its kind to combine these two tools to be used during surgery. Other image guidance systems have a separate 2D screen, where the surgeon needs to look away from the patient to see the data, along with bulky equipment that takes up valuable OR space. The xvision headset allows a surgeon to visualize the 3D anatomy of the patient’s spine, through their skin, by looking directly at the patient, as if they had ‘x-ray’ vision. This helps them to accurately place screws and other instrumentation within the spine. The system is contained in a lightweight headset and uses reference markers placed on the patient and instruments.

How does it allow surgeons to see the patient’s anatomy through skin and tissue?

The patient will have a registration marker rigidly attached to their spine, and 3D intraoperative imaging will be done. Our software determines where the anatomy is in relation to the registration marker and this information is then transferred wirelessly to the headset. The patient’s anatomy is projected from the transparent augmented reality lenses on the headset to the surgeon’s retina, so they can see the data while looking at the patient.

Describe how does it accurately guide instruments and implants during spine procedures?

In addition to knowing the patient’s anatomy in relation to the registration marker, the system can also identify instrumentation with reference markers in the surgical field. Unlike other image guidance systems, we have been able to put this technology into a lightweight headset. Because this is a wearable technology, it allows for a smaller footprint in the OR while still demonstrating 98.9% overall accuracy during percutaneous cadaveric testing. This is so important for spine surgery where the correct placement of pedicle screws is crucial.

To solve the pitfall of attention shift with current image guidance systems, we wanted to bring the surgeon’s focus back to the patient. Augmented Reality allows the patient’s anatomical information to be displayed in the surgical field on the patient, and not on a distant screen. We want to give surgeons the best data available for them to perform a surgery, while keeping the surgeon as connected to the patient as possible.

Why was it necessary to come up with a guidance system?

Computer assisted guidance systems give such crucial information to surgeons. It was frustrating to see that the technology was available, but because of the pit falls with the previously existing systems, such as line of site issues, bulky OR equipment, a sizable monetary investment, and the steep learning curve, many surgeons are not utilizing the technology. We wanted to design something new that could solve these issues while giving them an improved experience and the accuracy and information they need.

The initial idea was to give surgeons a superpower, as if they had ‘x-ray vision’. We wanted to find a better way for surgeons to use computer assisted technology to help them guide their screws into the correct position, since current technologies are not used as often as they could be during surgery. We wanted to solve some of the current problems with traditional navigation so we decided early on to develop our own optical tracker in a headset to avoid the typical line-of-sight issues, while providing surgical accuracy in open and percutaneous procedures. We also knew we wanted to use augmented reality, so the surgeon still sees reality, but with the virtual spine for image guidance. We found that the best visualization of the patient’s data was having a central augmented reality region with a well-defined border. Achieving surgical accuracy every time between the real surgical instrument and the virtual spine required that we added tracking of the surgical instruments.

After we established our technical solutions, we spent time refining and developing a product which included markers, the mechanical design of the headset, and attachment fixtures to the surgical instruments, patient reference fixtures to attach to the spine, electronics, the graphical user interface and software. We were able to gain a lot of feedback during our various stages from multiple tradeshows, key opinion leaders, conferences and other demonstrations. We have tested the system in multiple cadaver trials, and during R&D bench testing, and are continuously improving.

Do you think every surgeon should own a device like this forbetter surgicalperformance? Why?

I do believe that surgeons should have access to computer assisted technology and image guidance because it provides such critical information for surgery. This is the reason we created the device; we want it to be accessible. Being able to see the anatomical structures in a 3D view along with the 2D axial and sagittal views allows a surgeon to accurately place their instrumentation. This is also a great training tool for residents and fellows for their future surgical performance. 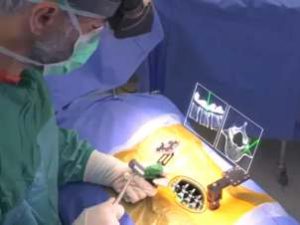 The xvision spine system is contained within a lightweight headset. The system is completely wireless, and the headset contains a data processor with an NVIDIA video card, a headlight, IR tracking system and transparent augmented reality lenses that will project images directly onto the surgeon’s retina. Each headset is fitted and customized to the surgeon’s interpupillary distance and calibrated to their eyes.

How is it diﬀerent from a traditional guidance system in the market?

The xvision spine system is the first augmented reality guidance system for surgery. Although there are currently other augmented reality devices used in medicine today, as well as other image guidance systems, this is the first of its kind to combine these two tools to be used during surgery. Other image guidance systems have a separate 2D screen, where the surgeon needs to look away from the patient to see the data, and bulky equipment which takes up valuable OR space. In combination with the 2D axial and sagittal views, xvision helps in accurately placing screws and other instrumentation within the spine and the whole system is contained in a lightweight headset.

We wanted to make our system as easy to incorporate into a facility as possible. By not taking up a lot of room in the OR, we free up space for personnel and other necessary equipment for surgery. We also do not want to make it diﬃcult to incorporate our system into current workflows, so our system is agnostic to any spine pedicle screw implant system and many intraoperative 3D scanners. Our system will also be provided at a fraction of the cost of traditional navigation and robotics.

In your opinion which technology will most likely rule the healthcare industry Virtual Reality or Augmented Reality?

Virtual Reality and Augmented Reality have diﬀerent applications within the healthcare industry. Our Augmented Reality technology is ideal for surgical applications because it displays reconstructed anatomical data directly on the patient, so the patient is still in view and the surgeon is not working in a virtual space. Virtual Reality is typically an application utilized in training or demonstrations outside of surgery. 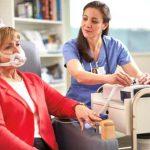 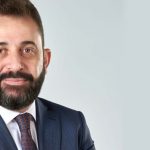 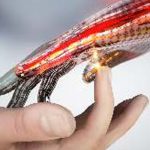 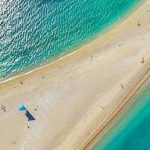