Red Cell Partners (“Red Cell”), an incubation firm building technology-focused companies to bring revolutionary advancements to national security and healthcare, announced that Wesley G. Bush has joined as Director and Advisor. Mr. Bush was Northrop Grumman Corporation’s Chairman from 2011 to 2019 and Chief Executive Officer from 2010 to 2018.

Red Cell Chairman, CEO, and Founding Partner Grant Verstandig said, “We’re thrilled to have Wes join Red Cell. His successful leadership of some of the most significant science and engineering organizations as well as his unparalleled experience across critical US industry, will prove invaluable to Red Cell as we build solutions that address our nation’s most pressing problems. Wes has developed a tremendous skill set over the course of his exceptional career that spans finance, environmental and safety issues, public policy, cybersecurity and next generation technologies, as well as strategic M&A. He has the rare combination of perspective, ability, and drive that will help the Red Cell organization convert innovative ideas into products and technologies that will succeed at scale and ultimately preserve our nation’s competitive technological advantage in the areas where we are focused.”

Mr. Bush’s membership on Red Cell’s board further extends the firm’s connection to the defense community and enhances its ability to leverage technologies designed to bring groundbreaking innovations to market in the national security and healthcare spaces.

“I’ve known Grant for years and have been impressed by his ability to bring people of diverse skill sets and backgrounds together and unite them around a single mission and vision,” said Mr. Bush. “At Red Cell, he has assembled an incredibly talented team to advance complex concepts that will make our nation safer and better equipped to resolve the problems plaguing healthcare and defense. I’m excited to be part of such an esteemed group that’s devoted to leveraging sophisticated technologies geared toward creating real-world solutions.”

Prior to serving as Chairman and CEO of Northrop Grumman, Mr. Bush was the aerospace and defense technology company’s Chief Operating Officer, Chief Financial Officer, and President of its Space Technology business. Mr. Bush was President and Chief Executive Officer for TRW’s UK-based global Aeronautical Systems before Northrop Grumman acquired TRW in 2002. He joined TRW in 1987 and held engineering positions with the Aerospace Corporation and Comsat Labs. 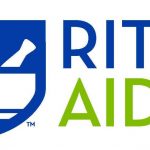 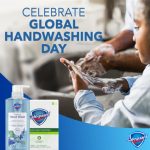 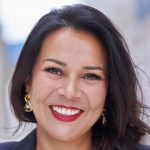