Rapid economic growth, sedentary lifestyles and unhealthy diets characteristic in the UAE are all risk factors, leading to the number of people with diabetes expecting t o double to 2.2 million by 2040.

Diabetes is a common disease that occurs when your blood glucose levels go up vigorously. Even though blood glucose is your main energy source from the food you eat. Insulin, a hormone made by the pancreas, helps glucose from food get inside your cells and transforms it into energy, which is later used by your body. 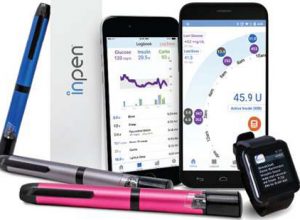 But, overtime your blood glucose becomes out of control and may cause health related issues. Although, diabetes has no cure, you can take a number of steps to control your diabetes and stay healthy.

Figures from the International Diabetes Federation (IDF) revealed that, in 2017, 17.3% of the UAE population between the ages of 20 and 79 have type 2 diabetes. There are over 1 million people living with diabetes in the UAE, placing the country 15th worldwide for age- adjusted comparative prevalence. It is important to note that diabetes is a regional affliction with Saudi Arabia, Bahrain, Kuwait and Qatar all featuring in the top twenty countries in terms of prevalence worldwide.

Trends also indicate that the prevalence of diabetes in the UAE is rising at a faster rate than both the MENA region and the rest of the world. Rapid economic growth, sedentary lifestyles and unhealthy diets characteristic to the UAE are all risk factors, leading to the number of people with diabetes expecting to double to 2.2 million by 2040. However, an increasing population and a greater understanding of the condition among the communities have also contributed to the increase in patients diagnosed with diabetes.

The decision by UAE to levy a 50% tax on sugary products any product with added sugar or other sweeteners, whether in form of a liquid, concentrate, powders, extracts or any product that may be converted into a drink is laudable. The move is a continuation of the 2017 introduction of sin tax on sugary carbonated and energy drinks and tobacco products, a trend that is acquiring a growing global footprint as more countries move to tax unhealthy products to control the rampant rise in lifestyle diseases.

In conversation with Mike Mensinger, CTO at Companion Medical explains to us how a reusable injector pen plus an intuitive smartphone interface equals smart insulin delivery.

Tell us in detail about InPen?

The InPen insulin injector pen is an easy-to-use pen that not only helps calculate your doses but also keeps track of injection data.

When paired via Bluetooth® with the smartphone app, the InPen delivery system keeps tabs on how many units you received at your last injection, when you took them, and other helpful information.

InPen was designed for insulin-dependent individuals 12 and older undergoing multiple daily subcutaneous injections. It can deliver 0.5 to 30 units of insulin, dialed in half-unit increments. Dial too many units? Not a problem. InPen lets you correct the dose without wasting insulin.

The InPen injector pen is compatible with Lilly Humalog® and Novo Nordisk Novolog® U-100 3.0 mL insulin cartridges and single-use detachable and disposable needles (not included).

InPen is as easy to maintain, as it is to use. The InPen lasts for one year – no recharging needed. And with options in blue, grey, and pink, you can even add a bit of color to your management plan.

How is InPen a step forward in integrated diabetes management?

InPen combines an innovative app with a Bluetooth® enabled pen injector to simplify the tracking and calculating required for insulin therapy. InPen tracks active insulin, recommends doses, and alerts users of missed doses. It also provides temperature alerts should the insulin be exposed to extreme hot or cold. InPen users can send ‘Insights by InPen’ reports from their phones directly to their physicians. The reports display average glucose, average total daily dose, and more. It is also the first and only FDA-cleared, smart  insulin pen paired with an integrated diabetes management app. InPen works exactly like a traditional insulin pen but has Bluetooth® technology that connects to an easy-to-use smartphone app.

Worldwide, the majority of people who require insulin utilize syringes or insulin pens. InPen provides the beneﬁts of a pump to those users. InPen is currently only available in the United States. InPen received CE mark in July 2018 and plans to be available in Europe in 2019.

How does it reduce stress over missed doses, under doses or stacking insulin?

InPen combines the benefits of sophisticated insulin pumps with the simplicity and affordability of pens and syringes, providing patients, physicians and caregivers increased confidence that diabetes is being managed optimally. It tracks doses and alerts users of missed doses. It also has a dose calculator and recommends doses based on current blood glucose, carbohydrate intake, and active insulin according to a user’s personal settings. Combined, these features reduce stress since InPen tracks doses and do the math for users.

How does it empower people living with diabetes and their healthcare providers?

People who use other insulin pens do not have data such as insulin on board. With InPen, they get this data and much more. The data allows users to make informed decisions about their diabetes treatment.
Healthcare providers have never had reports for their patients using insulin pens, so they have had to rely on patient memory. With InPen, providers get Insights by InPen reports, which give them accurate data to use to adjust patient treatment plans.

InPen users can send Insights by InPen reports from their phones directly to their physicians. The reports display average glucose, average total daily dose, and more.

Any product updates yet?

The InPen system was developed to bring better tools, technologies, and choices to people with diabetes and their healthcare providers. The updates to the InPen system more fully deliver on the potential of smart pen technology, which better integrates diabetes data making managing diabetes easier. The new app features include pairing support for multiple InPens, for those who, for example, need a pen at home and one at work, a Today Widget that simplifies access to the most recent injection data, and expanded glucose integration for Android users of the InPen App.

With healthcare technology on a high rise, why did you think it was necessary to make a smart insulin delivery system?

Worldwide, the majority of people who require insulin utilize syringes or insulin pens. InPen provides the benefits of a pump to those users. InPen is currently only available in the United States. InPen received CE mark in July 2018 and plans to be available in Europe in 2019. 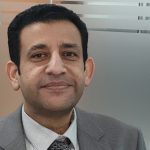 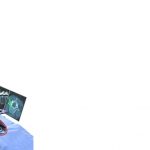 xvision – A ground breaking advancement that will revolutionize surgery 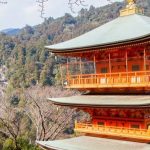 Challenges before the Japanese Healthcare sector 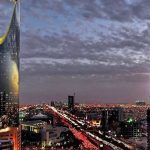