The rapid growth of Saudi Arabia’s pharmaceutical market was placed under the spotlight at the CPhI Middle East and Africa as latest industry data reveals it is expected to be valued at $10.74 billion by 2023.

The event, sponsored by the Ministry of Health and Prevention (MoHaP), returned to the Abu Dhabi National Exhibition Centre(ADNEC) from September 16-18 explored the rapid reform of Saudi Arabia’s healthcare system at both regulatory and service provision levels.

According to new research ahead of the event, the kingdom’s pharmaceutical market is expected to grow at a compound annual growth rate (CAGR) of 5.5 percent until 2023.

Cara Turner, brand director – Pharma, UBM EMEA, the organizers of the event, said, “Saudi Arabia is one of the largest pharmaceutical markets in the Middle East, and its expansion over recent years can be attributed to a growing population, an increase in non-communicable diseases and strong state support for health services, with major government investment in new hospitals and clinics.”

According to UN figures, Saudi’s population stands at an estimated 34 million, 32 percent of which are under 14 years and is growing at around 2 percent annually. Life expectancy has increased from 69 years in 1990 to over 75 years today.

In addition, the country has seen a rise in non- communicable diseases such as cardiovascular diseases, cancer, chronic respirator y disease, diabetes and obesity, which tend to require long- term treatment and medication.

Many of these diseases are a consequence of poor lifestyle choices, but alarmingly over 35,000 children have been diagnoses with Type 1 diabetes placing the kingdom in the top four countries worldwide in terms of incidence.

At present pharmaceuticals manufactured overseas continue to account for the majority of the market – with around just 20 percent of the drugs consumed in the country made locally.

The government has implemented long-term development strategies in a bid to promote local medicines.

Turner said, “The kingdom is working to boost the proportion of local manufacturing in the pharma- sector to approximately 40 percent by the end of 2020 while the Ministry of Health has been tasked with further localizing the industry, both in terms of sources and in employment.”

He added, “A price protection strategy for locally- produced products – such as exemptions from price cuts imposed during the re-registration process – is just one of the tools being used to attract further investment in the Saudi pharmaceutical sector in line with Vision 2030 and as an incentive for further stimulating local manufacturing in the region.” 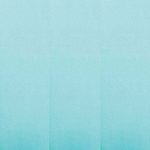 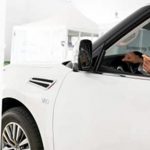