Researchers at the Technical University of Munich in Germany have developed a new protein therapeutic against SARS-CoV-2. Unlike previously developed antibody therapies and vaccines, the virus is very unlikely to be able to circumvent this latest technology through mutation, as it is based on the viral target site in the body, the ACE2 receptor. The technology consists of the ACE2 protein, which the researchers have fused with a fragment of a human antibody to ensure that it remains stable for longer in the body. Once administered, viral particles will bind to the fusion protein within the body, preventing them from binding to a cell and deactivating them.

SARS-CoV-2 continues to be a formidable opponent and how the pandemic will play out is still unknown. Despite our advances in rapidly developing vaccines and antibody treatments in response to the pandemic, new viral variants have shown signs of immune escape, whereby they ﬁnd new ways around our innate immune defenses or exogenously administered antibody therapies. While vaccination is probably our greatest hope for protection against serious illness, ﬁnding new treatments that are diﬀicult for the virus to evade would be very useful.

“Both vaccines and antibody medications have the same problem: that the virus manages to evade them by just a little bit more with each successful mutation,” said Ulrike Protzer, a researcher involved in the study. “This results in what are called immune escape variants.”

To address this, Protzer and his colleagues focused on the viral target within our bodies rather than the virus itself. The ACE2 receptor exists on the surface of the cells infected by SARS-CoV-2, and in order for the virus to enter cells and replicate it must bind to the receptor. Viral mutation is unlikely to change that. Therefore, this research group decided to use the ACE2 receptor itself as the therapeutic. On its own, the protein is a bit fragile and prone to degradation within the body, so the researchers fused it with a common human antibody to provide it with some stability.

“As the virus needs optimum docking on the ACE2 protein in order to survive, the virus cannot evade a medication which is based on exactly this protein,” said Johannes Buchner, another researcher involved in the study. “The fusion protein will therefore also be reliably effective against future mutations.”

So far, the researchers have shown that the protein therapeutic can inhibit the virus, and will be testing it against the newest Omicron variant soon.

“The SARS-CoV-2 virus and its related variants will continue to challenge humanity in the future,” said Protzer. “Even if vaccination is a highly reliable way to prevent severe symptoms in the course of the illness, the significantly more contagious Delta and Omicron variants have shown that both recovered and vaccinated patients can be re-infected. With regard to future, possibly even more contagious variants, we need a broadly eﬃcacious active ingredient against the virus in addition to vaccination.” 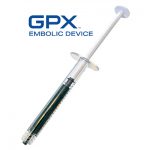 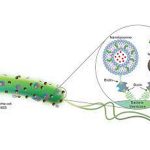 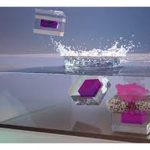 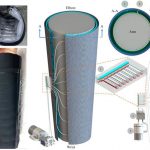