During Breast Cancer Awareness Month in October, medical experts at National Reference Laboratory and Healthpoint premium speciality hospital  — both part of Mubadala Healthcare’s network — are urging UAE women to take charge of their health by performing regular self-examinations and undergoing the appropriate screening tests according to their age and risk factors.

These calls are in line with The National Agenda and the UAE Vision 2021, which include cancer as one of their main Key Performance Indicators (KPIs) and aim to reduce cancer mortality.

Early detection when the disease is in its initial stages (0-II) and has not yet spread to other parts of the body requires less aggressive treatment and has a very good prognosis with a survival rate of between 93 to 100 percent. However, if left undetected and allowed to progress untreated, the survival rate of this disease drops significantly to 22 percent.

Dr Suhaila Alameeri, Consultant Anatomic Pathologist at National Reference Laboratory and member of the National Taskforce for the Breast and Cervical Cancer Screening Program, said: “Breast cancer is the most common form of cancer affecting women around the world, including the UAE. It is also among the top five causes of death among the different cancer types. Thus, it is a national public health concern and many women wait until they experience symptoms before consulting with their doctor. In fact, a study on the disease in the country has shown that more than 60 percent of women presented at a late stage of the disease.”

“Education and awareness are very important. Women need to know their family’s medical history and their susceptibility to the disease, and they need to understand that, in many cases, symptoms of breast cancer will not appear until the disease has progressed to a more advanced stage. This is why regular screening is important.”

Dr Alameeri explained that later-stage detection of breast cancer decreases the chances of long-term survival and makes it more difficult to treat the disease without resorting to aggressive treatment plans.

The cancer screening guidelines of the Department of Health – Abu Dhabi recommends that all women between 40-69 years of age — and those who have a greater risk due to their family history or patient medical records — undergo a mammogram screening every two years. A mammogram is an X-ray of the breast used to detect cancer cells.

Dr Mai Sultan Al Jaber, Medical Director at Healthpoint, which offers mammography screening to patients, said: “The most important benefit is that it promotes early detection and treatment of breast cancer that can save many women’s lives. The procedure is safe as there is only a tiny amount of radiation exposure. It’s also quick, taking around 20 minutes, and for most women the discomfort is minimal.”

Dr Al Jaber explains that women should regularly consult their doctors to undergo appropriate clinical breast exams and screening tests. She adds that not all breast cancers cause a lump in the breast and that they are usually detected on a mammogram long before they can be seen or felt, and before they cause symptoms.

“If this screening makes potential abnormalities visible, several other imaging and/or laboratory diagnostic testing can be carried out to further evaluate those abnormalities and confirm or exclude a breast cancer diagnosis.” said Dr. Al Ameeri.

As a result, it is recommended that women with a family history of breast cancer undergo this testing to better understand their risk and help put in place preventative strategies and early intervention for enhanced patient management. Additionally, intensive surveillance programs can be implemented, including increased frequency of mammograms, based on genomic risk. 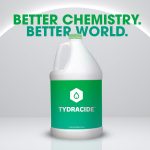 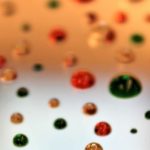 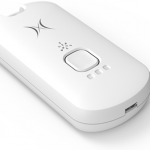