Over a billion people worldwide suffer from migraine headaches – roughly 12% of the population- that holds true for the United Arab Emirates as well. It is a very common condition and is much more frequently found in women than in men. Migraine headaches peak incidents occur in patients between their 20s and 30s but children, as well as older adults, can be diagnosed

Migraine is a common health condition that affects millions of people around the world. In the United Arab Emirates, migraines are a major health concern, with a reported prevalence of 8- 10%. Migraine sufferers in the UAE often face challenges in access to diagnosis and treatment, due to a lack of awareness and understanding of the condition.

The global sales for migraine drugs have been valued at $4.6 billion in 2020 with a CAGR of more than 9%. The US has dominated the migraine market, contributing to more than 80% of the sales in the seven major pharmaceutical markets (7MM) covered – the US, 5EU (France, Germany, Italy, Spain, and the UK), and Japan. A high market share in US is attributed to the large migraine prevalent population, the costliness of branded drugs, and the number of drugs marketed exclusively in the US compared to other countries in the 7MM. Steady growth has been obser ved across the European countries over the forecast period. Dr. Deeb Maxwell Kayed, Medical Director & Consultant Neurologist, Integrated Rheumatology & Arthritis C e n t e r , D u b a i e x p l a i n s t o M ediworldme wha t e x a c tl y is migraine and the latest scientic advances in the management of migraine.

Can you tell us in detail what exactly is a migraine?

Migraine is a neurological disorder that affects the brain. It manifests with multiple complaints, the most prominent of which is pain.There is a multitude of other complaints that may also accompany a migraine headache. These include light sensitivity, referred to as ‘Photophobia,’ or sound sensitivity, which is referred to as ‘Phonophobia.’ Occasionally, there may be ‘Osmophobia,’ which refers to the patient’s heightened sensitivity to smells. These symptoms are often associated with nausea and vomiting. Specic cravings precede the headache, and there can also be disturbances in the neurological function that may precede the migraine. This is referred to as ‘Migraine Aura’; its most common symptoms are visual disturbance consisting of zig-zag lines, scintillating lights or loss of vision or restricted vision that is fully reversible.

How is it different from all the other common headaches?

Migraine represents a state of hypersensitivity of the brain, wherein normal stimuli such as sound and light suddenly become intolerable.

Migraine is diagnosed according to the diagnostic criteria developed by the International Headache Society. These criteria are outlined in the International Classication of Headache Disorders. There are over 200 different varieties of headaches. A migraine headache is a headache that lasts between 4 hours and three days. To be classied as having a migraine headache, the patient must fulll two of the four criteria. For a headache to classify as a migraine headache, the patient must satisfy two of the four criteria, which are –

Additionally, you must also fulll at least one of two criteria which are –

Why is the migraine rate so high in the UAE?

Over a billion people worldwide suffer from migraine headaches – roughly 12% of the population- that holds true for the United Arab Emirates as well. It is a very common condition and is much more frequently found in women than in men. Migraine headaches peak incidents occur in patients between their 20s and 30s but children, as well as older adults, can be diagnosed.

What are the common causes of migraine? And to what extent does our daily common stresses trigger migraine?

The exact cause of migraine is unknown, however, in patients suffering with migraine, we often see some common triggers such as stress. Other triggers include irregular eating and sleeping habits and changes in the weather. In about 30-40% of individuals with migraines, there may also be a food trigger, however this is not a very common trigger that we have seen amongst most of our patients.

Common diagnosis and when to see a neurologist?

If the migraine headaches are infrequent and easily controlled using over-thecounter simple analgesics such as paracetamol or ibuprofen, it is not often required to consult with a physician. However, suppose the headaches do not fully respond to over-the-counter medications and are increasing in intensity, severity, and frequency. In that case, an evaluation by a physician is recommended to exclude other ominous causes and optimize the management of the migraines.

As neurologists, we often see patients who have been managing their migraines sub-optimally for many years and they end up in our office with severe intractable migraines simply because they have not been treating them as they should.

We can think of the treatment of migraine as treating the acute attack and preventive treatment for people with frequent and severe headaches. The evolution in the treatment for acute migraine attacks came along in the early 1990s with the approval of sumatriptan for the use of acute migraine therapy. Triptans are a group of medications that are specic for migraine treatment and include medications such as painkillers that were used to treat patients who had suffered for many years with migraine headaches and we’re getting inadequate responses to the available treatments at the time.

The next revolution in the care of migraine patients came in the late 1980s when a molecule called CGRP was discovered. It was found that patients experiencing an acute migraine aack had elevated levels of CGRP in their bloodstream and when these patients were treated with acute specific migraine therapies such as sumatriptan, their CGRP levels would come down. Since then, scientists have been trying to develop medications that work on this CGRP pathway to control migraine headaches.

The rst such agent was released in 2018; since then, several more are available in the market.

The currently available CGRP-based therapies are used for migraine prevention in patients who are experiencing frequent, severe and debilitating headaches. Interestingly CGRP-based agents have also been approved for acute migraines-specic therapy.

Over a billion people worldwide suffer from migraine headaches. Studies have shown us that almost half the people suffering from migraine headaches are unaware of their condition and diagnosis. They may not have sought medi c a l a tt ention or be en misdiagnosed with conditions such as tension or sinus headaches. The importance of recognizing migraine and receiving a proper diagnosis is that migraine-specic therapies are now available that can tremendously improve a person’s quality of life by reducing the burden of migraine symptoms. This will help patients enjoy good social lives with their families and be able to perform their jobs adequately without undue pain and suffering.

The World Health Organization (WHO) has rated the severity of these disabilities that results from migraines as being similar to the disabilities experienced by patients with quadriplegia. Approximately two to three percent of patients who suffer from migraines suffer from chronic migraines – a much more disabling condition. Chronic Migraine Awareness Day is an important event to highlight the importance in patients recognizing that migraines can be highly disabling and that chronic migraines are not something to be taken lightly.

Treatments are available to help with the patients’ disabilities and improve their quality of life. 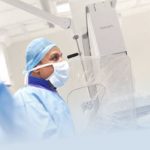 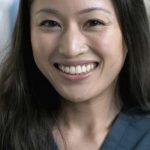 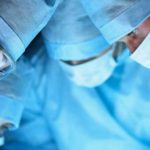 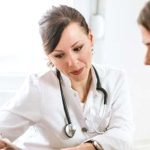