Life expectancy at birth in Luxembourg increased by more than four years between 2000 and 2015, to 82.4 years, which is nearly two years above the EU average 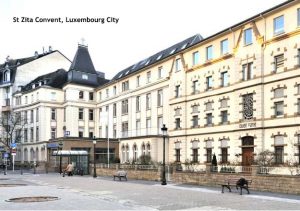 Luxembourg is a small landlocked country inWestern Europe, bordered by Belgium to the west and north, Germany to the east, and France to the south.  Its  capital,  Luxembourg  City,  together  with Brussels and Strasbourg, is one of the three official capitals of the European Union and the seat of the European Court of Justice, the highest judicial authority in the EU. The country’s culture, people, and languages are highly intertwined with its neighbors, making it essentially a mixture of French and German cultures, as evident by the nation’s three official languages: French, German, and the national language, Luxembourgish (sometimes  considered  a  dialect  of  German).  The repeated invasions by Germany, especially in World War II, resulted in the country’s strong will for mediation between France and Germany and, among other things, led to the foundation of the European Union.

Luxembourg, with a population of 502, 000 (Eurostat, 2010 estimate) has one of the best state-funded healthcare systems in Europe. The system is based on three fundamental principles: compulsory health insurance, free choice of provider for patients and compulsory provider compliance with the fixed set of fees for services.

Luxembourg’s healthcare system is one of the best in Europe. It has a high standard of state-funded healthcare covering each citizen with basic medical coverage and all citizens have the right to choose their doctor, specialist and hospital. There is a high level of care and medicine occupations, and a number of hospitals, medical centers, dental clinics, physical therapy and private doctor facilities. Here is something to expect when it comes time to visit the doctor, hospital or pharmacy in Luxembourg.

The state provides free basic health coverage to all citizens, and all employed citizens and employees contribute to this via payments to Luxembourg’s social security system. Family members who pay social security also cover all dependent family members. Children are covered under their parents, and students are covered until age 27. Coverage includes most treatment by your general practitioner or specialists, any laboratory tests, prescriptions and hospitalization.

All employees and self – employed workers in Luxembourg are required to make sufficient social security contributions to be entitled to Luxembourg healthcare ser vices; if employed, healthcare contributions will be automatically taken out of the person’s wages by the employer.

Luxembourg’s healthcare system is based on three fundamental principles: compulsory health insurance, free choice of provider for patients and compulsory provider compliance with the fixed set of fees for services

The number of people dying from Alzheimer’s and other dementias has more than doubled since 2000 and standardized death rates stood above the EU average between 2004 and 2013. Population ageing, better diagnosis and lack of effective treatments cause this rise.

Luxembourg’s healthcare system is mainly publicly financed through social health insurance. All employees contribute on average 5.44 per cent of gross income (with a maximum contribution of 6,225 euro) to the Caisse de 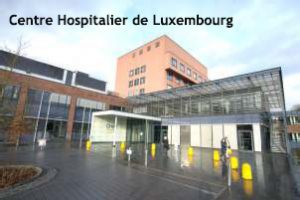 Maladie, which is deducted directly from their salaries and half of which, is paid by the employer. In 2002, total healthcare expenditure was estimated to amount to 6.2 per cent of GDP, representing one of the lowest shares in Europe with 86 percent of the total health expenditure estimated to come from public sources.

As Luxembourg is small, few resource allocation decisions, except for hospital budgets, are delegated to local authorities. The individual hospital budgets are negotiated between the hospital administrative boards and the Union of Sickness Funds, whilst payments to health professionals are based on a fixed statutory fee level, also set by the Union of Sickness Funds. The Division of Pharmacy of the Directorate of Health maintains a comprehensive list of pharmaceuticals, which is approved for use as a national guide for reimbursement. 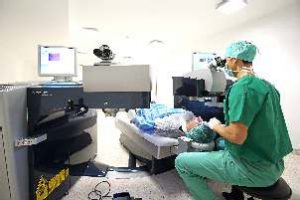 Although 99 per cent of the population is covered by the state healthcare system private healthcare is also available and about 75 per cent of the population purchases additional health insurance coverage, which is mostly used to pay for services categorized as non-essential under the compulsory schemes and provided by non-profit agencies or mutual associations called ‘mutuelles’, which are also allied to the Ministry of Social Security.

However, there are no private hospitals in Luxembourg as all hospitals are state run by the Caisse de Maladie and the patient must have a referral from his/her doctor for admission to hospital, unless it is an emergency. All emergency care is provided at large hospitals and is free, even if the patients has no insurance. Long-term care is financed through separate insurance called assurance dépendence. 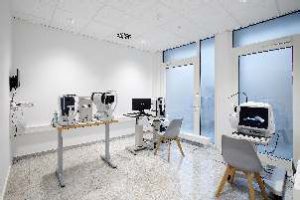 Luxembourg also has specialist hospitals and specialist doctors available for consultation but an appointment is necessary. As of 1 January 2004, Luxembourg had 14 acute-care hospitals, only one of which, specializing in maternity services, is run for profit. There are three groups of hospital service available (first class, second class, third class), which depend on the insurance contributions or the private health cover. Non-prescription drugs are priced much higher and are generally not reimbursed.

The medical sector is ver y well developed in Luxembourg. In addition to general practitioners well established on the territory, many medical specialists and other professions related to health are present. It is relatively easy to get appointments, with more or less time depending on the specialty.

According to the State of Health in the EU Luxembourg Country Health Profile 2017, life expectancy at birth in Luxembourg is among the highest in Europe, with only three other EU countries recording higher rates. It increased by more than four years between 2000 and 2015, to 82.4 years, which is nearly two years above the EU average. Similar to other Member States, a substantial gap persists between men and women, with men (80.0) living, on average, nearly five years less than women (84.7 years). 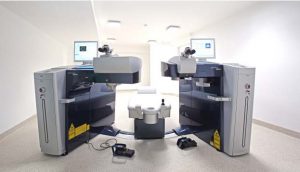 Growing mortality from pancreatic cancer and diabetes give cause for concern despite reductions since 2006, cardiovascular diseases are the leading cause of death among women in Luxembourg, and second to cancer for men. Looking at more specific causes of death, lung cancer is the main cause after ischaemic and other heart diseases, replacing stroke in the ‘top three’ of the ranking.

The number of people dying from Alzheimer’s and other dementias has more than doubled since 2000 and standardized death rates stood above the EU average between 2004 and 2013. Population ageing, better diagnosis and lack of effective treatments cause this rise. The numbers of deaths caused by pancreatic cancer and by diabetes have also grown since 2005, with death rates for pancreatic cancer the highest in the EU in 2014.

Performance of the health system

Luxembourg reports the second best overall total amenable mortality in the EU after France, and is third when men and women are considered separately. Furthermore, only 10 per cent of all cause mortality is seen as avoidable, one of the best rates in Europe and below the EU average of 11 per cent. This shows that overall Luxembourg’s health system is very effective in treating life-threatening conditions.

Luxembourg relies heavily on the recruitment of nursing staff from France, Belgium and Germany. The medical doctors are also recruited from abroad (because there is no medical school in Luxembourg) and are ageing. Although Luxembourg residents tend to come back after professional education and training abroad, this creates a strong dependency on neighboring countries and competition for scarce health professionals.

The health system’s cost-effectiveness could be improved, particularly with greater use of generics. Although Luxembourg’s amenable mortality is among the best in Europe, its health system is comparatively expensive. In comparison, relative to levels of health spending, a number of countries such as Spain and France achieve similar or even lower amenable mortality rates at much lower costs per capita, albeit on this measure it is not possible to effectively disentangle the role of health behaviors and other determinants irrespective of the health care system in influencing the level of amenable mortality.

Luxembourg’s low penetration of generics in the pharmaceutical sector is a good example of how cost-effectiveness could be improved. The country has by far the lowest penetration of generic drugs in the EU (11 per cent of the total volume of reimbursed pharmaceuticals versus 49 per cent in Member States with available data in 2015). To increase the use of generics, the Ministry of Health introduced a generic substitution policy in late 2014.

Two pharmacotherapeutic groups for approximately 400 medical products (accounting for nearly 10 per cent of the total expenses of the CNS) were specified eligible for generic substitution. This new policy led to a modest increase (4pc) of the reimbursement of generics between 2013 and 2016. 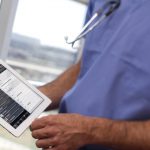 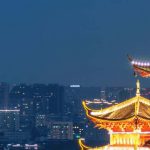 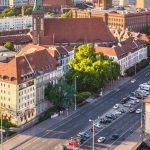 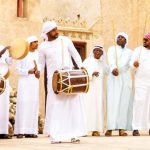