Stick-on strain sensors that can accurately measure the flexion of joints, big and small, have turned out hard to make. Piezoresistive devices tend to have a delayed response and are not stable in the long-run, while capacitive sensors are not very sensitive and nearby electromagnetic fields tend to interfere with them.

Now researchers at South Korea’s KAIST institute of technology have developed a completely unique approach to strain sensing that relies on detecting the optical transmittance of a novel material as it is bent out of shape.

The material consists of Ecoflex, a platinum-catalyzed silicone that is optically translucent, that has a forest of carbon nanotubes throughout its body. Ecoflex is used in the motion picture industry to make masks, wounds, and other things that resemble human tissues, and it adheres well to the skin. As the combination material is bent, tiny cracks run through it, changing how it transmits light. By shining a light beam through the material and detecting how it passes through, the researchers were able to achieve a sensitivity ten times greater than existing optically-based stretchable strain sensors, and with a dynamic range of 0% to 400%.

To test whether this kind of sensor can actually work over long periods of time, the researchers bent it 13,000 times without any detectable signal drift. When tested on humans, the device was able to accurately detect the bending of a finger, movement of the carotid artery under the skin, and the movement of muscles around the mouth while talking. 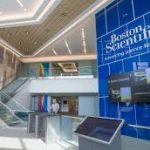 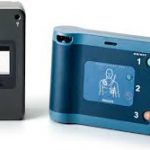 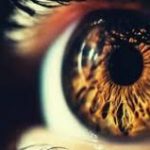