According to recent data compiled by IVC Research Center, Israeli life sciences companies raised a total of $1.5 billion in 2019, similar to the sum raised in 2018 ($1.53 billion) and accounted for 17% of the total fundraising sum of tech companies in 2019. So far in 2020 according to Start-Up Nation Central, the digital healthcare sector saw more than $700 million raised in roughly 25 rounds.

Israel is a country in Western Asia. It is situated on the southeastern shore of the Mediterranea n Sea and the northern shore of the Red Sea, and shares borders with Lebanon to the north, Syria to the northeast, Jordan on the east, the Palestinian territories of the West Bank and the Gaza Strip to the east and west, respectively, and Egypt to the southwest. Tel Aviv is the economic and technological center of the country, while its seat of government and proclaimed capital is Jerusalem, although international recognition of the state’s sovereignty over the city is limited.

Healthcare in Israel is universal and participation in a medical insurance plan is compulsory. All Israeli residents are entitled to basic health care as a fundamental right. The Israeli healthcare system is based on the National Health Insurance Law of 1995, which mandates all citizens resident in the country to join one of four oﬃcial health insurance organizations, known as Kupat Holim (‘Patient Funds’) which are run as not- for-profit organizations and are prohibited by law from denying any Israeli resident membership. Israelis can increase their medical coverage and improve their options by purchasing private health insurance. In a survey of 48 countries in 2013, Israel’s health system was ranked fourth in the world in terms of eﬃciency, and in 2014 it ranked seventh out of 51. In 2020, Israel’s health system was ranked third most eﬃcient in the world. In 2015, Israel was ranked sixth-healthiest country in the world by Bloomberg rankings and ranked eighth in terms of life expectancy.

In recent years, Israel has proven to be a hot spot for med-tech innovation. The country boasts more than 1,500 companies in the health care and life sciences sectors, roughly 70% in medical devices and digital health. More than a hundred new companies focused on medical technology launch each year.

The life sciences sector, and medical technology in particular, ranks high on the list of Israel’s most developed and entrepreneurial industries, buoyed by a host of beneficial factors, including proactive and spinout-friendly academic institutions, a prevalent start-up culture and supportive policy from a government that is keen to maintain and build upon the country’s reputation as an innovation and investment nexus to rival Silicon Valley and Europe’s most prestigious tech hubs.

Israel is also highly fertile ground for medtech financing, with $473m of capital raised by medical device firms in 2017, and another $254m raised in the fields of healthcare IT and diagnostics, according to Israel Advanced Technology Industries’ June 2018 Life Sciences Industry Report.

Global medical firms including GE Healthcare, Philips and Medtronic have been active in Israel for years, oﬀering financing and acquisition opportunities for growing start-ups domestically, not to mention the funding options coming from the country’s many life sciences-focused investment funds and venture capital groups.

According to recent data compiled by Tel Aviv-based research firm IVC Research Center, Israeli life sciences companies raised a total of $1.5 billion in 2019, similar to the sum raised in 2018 ($1.53 billion) and accounted for 17% of the total fundraising sum of tech companies in 2019. So far in 2020 according to Start- Up Nation Central, the digital healthcare sector saw more than $700 million raised in roughly 25 rounds. 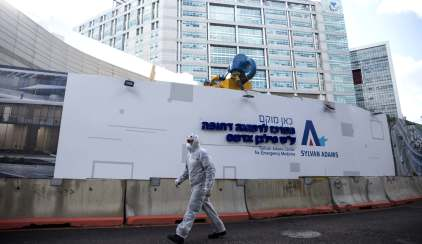 According to a report by Israel Advanced Technology Industries (IATI), an umbrella organization of the tech and life science industries in Israel, the percentage of life science companies in advanced stages has been stable over recent years, making up roughly 35% of the ecosystem. An additional 4% are in the revenue growth stage, and the remaining 62% of the companies are still mainly in R&D stages, with fresh investment rounds being launched on nearly a weekly basis.

With a vibrant innovation ecosystem, the Israeli healthtech sector has a wide array of sub-sectors ranging from wearable devices to remote diagnostics solutions. According to IATA figures, medical devices is by far the largest sector, making up roughly 40% of all companies, followed by healthcare IT and therapeutics at roughly 30% and the remainder split between half a dozen other subsectors, including diagnostic solutions, agrobiotech, bioinformatics, and industrial solutions. The ultimate tinkerers, Israeli innovators are quick to adopt new technologies and combine them with existing ones to create new and useful solutions. Lately, the major developments have come from the field of AI, machine learning and deep tech, oﬀering new insights into diseases and ways to cure or treat them. 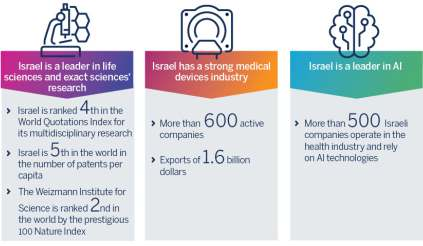 Focusing specifically on medical devices, biopharma, and digital health, a recent report by leading VC Pitango Capital Partners’ HealthTech fund found that 250 companies active in the space had raised a total of $6.5 billion.
Israel is also home to scores of technology hubs, R&D centers, incubators and multinational corporations, all seeking to capitalize on the vibrant local entrepreneurial spirit and solid knowledge foundation provided by the country’s top- tier academic institutions such as the Technion – Israel Institute of Technology and the Weizmann Institute and the country’s top hospitals such as the Sheba Medical Center and Hadassah, which provide companies a fertile training ground for tests and clinical trials.

The Israeli government also does its share to promote the sphere. In 2018, it approved a $300 million budget to support digital health as the country’s next strategic economic growth engine and, earlier this year, government investment arm, the Israel Innovation Authority (IIA) invested tens of millions more in life science companies, particularly those who oﬀered possible solutions for curbing the pandemic. The organization has already identified bioconvergence as the next strategic field it wants to promote, practically guaranteeing the emergence of a new slew of startups that will emerge in the space.

In addition to the government, there is also a vibrant private investment community for Israeli healthtech, which includes angel investors venture capital firms, incubators, innovation hubs and growth accelerators.

As Covid-19 continues to disrupt the world in general and the healthcare sphere in particular, in addition to pervasive problems like hospital overcrowding, malpractice lawsuits and an unending proliferation of environment-caused sickness and disease, it definitely certain that Israeli startups will be on the frontlines of the battle, employing the newest and most innovative technology to help save and improve the lives of people around the world. 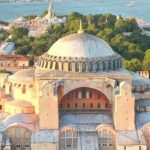 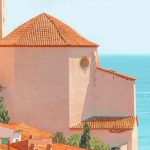 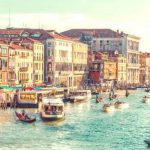 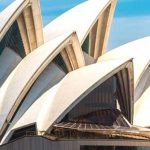