The Kingdom of Saudi Arabia (KSA) with a current estimated population of approximately 32.6 million is the largest country in the GCC. Under Vision 2030, the country is going through fundamental structural changes in all the sectors including the healthcare sector.

The Healthcare sector in KSA is undergoing evolution on the back of rapid advancements in technology, research and development (R&D) in line with the global and regional trends. However, healthcare providers and professionals are grappling with several challenges concurrently, such as patients becoming customers and the patient-care transitioning from “fee for quality” rather than “fee for service”. This coupled with new compliance requirements that aim at wellness and prevention plus ensuring better coordination, efficiencies, add depth and complexity to an increasingly competitive marketplace.

Recent trends and industry dynamics require operators in the healthcare sector to make challenging decisions. Whilst the healthcare system has improved across the region including Saudi Arabia the sector offers opportunities for investors/ operators.

* The Kingdom’s healthcare sector is structured to provide a basic platform of healthcare services to all, with specialised treatment facilities offered at some private and public hospitals.

* Saudi Arabia has an estimated population of 32.6 million in 2018, which is expected to double, reaching 77.2 million by 2050, growing at 2.65 per cent per annum. Assuming a more conservative 1.02 per cent average annual growth, as suggested by the World Bank, the Kingdom’s population would still reach 45.1 million by 2050.

This increase in population is expected to fuel the demand for healthcare services in the country. Concurrently, the healthcare system needs to treat emerging Lifestyle Diseases and Illnesses associated with modern and urban lifestyle, partially due to the growing middle-income population.

* The government is encouraging private sector participation in the healthcare sector as the public sector’s role is gradually transitioned to becoming more of a regulator rather than as a provider of healthcare facilities, as highlighted in the National Transformation Plan (NTP) and the privatization plan. In 2017, Saudi Arabian General Investment Authority (SAGIA) announced that foreign investors can have 100 per cent ownership in health and education sectors, once implemented this is expected to boost private sector investment in healthcare in KSA.

* Government commitment to healthcare is evident as the government continues its efforts in developing various medical cities. However, many of these facilities are expected to be operated in conjunction with the private sector investment using various Public Private Partnership (PPP) models.

* The healthcare and social services sector has been allocated 15 per cent (SAR 147 million) of the total KSA’s 2018 budgeted expenditures, up from actual spend of SAR 133 million during 2017. This 10.5 per cent increase in the allocation reflects a strong indication of potential demand as well as the government’s willingness to augment growth and improvement within the sector.

The population pyramid in the Kingdom of Saudi Arabia has significantly changed between 1980 and 2015, and it will further change by 2050. This will have a significant impact on healthcare demand in terms of quality, quantity and type of healthcare facilities.

During 2015-2050 approximately 19 million babies will be born in KSA, creating demand for facilities and services, relating to mother and childcare (obstetrics, gynecology, pediatrics, etc.) along with the more common prevailing communicable and some non-communicable diseases. 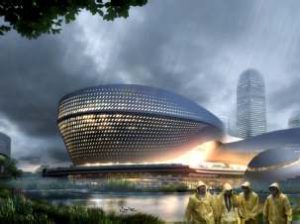 The age group between 20-39 years is very important for future healthcare planning, as it is common that there is the development of chronic diseases; cardiovascular, irritable bowel syndrome, chronic obstructive pulmonary disease and some types of cancer. These have a long term impact on demand for healthcare. With 12 million population in this age group there is considerable demand not only for curative but also preventative facilities.

Over the next three decades, we envisage a sharp rise in healthcare demand as approximately 80 per cent of an individual healthcare requirements typically occur post the 40-50 age range. This is primarily due to an increase in lifestyle related diseases, such as diabetes, coronary and other obesity-related illnesses.

An increase in life expectancy is expected to extend from the current level of 73.1 years and 76.1 years for males and females respectively to 78.4 and 81.3 by 2050. This is expected to create demand on long- term care (LTC) facilities, focusing on geriatric related care, rehabilitation and home healthcare services. Based on current international benchmarks of 4-6 beds per 1,000 population above 65 years, KSA currently needs from 6,400 to 9,600 beds dedicated for LTC, this is expected to reach 41,200 – 61,800 LTC beds by 2050.

Long beaches, valleys and deserts cradled by mountains all located in north-western Saudi Arabia with breathtakingly diverse terrain, this unique geographical location enjoys a temperate climate. Cool winds from the Red Sea create the most desirable temperatures for future residents – on average around 10C cooler than surrounding areas and the rest of the GCC.

The NEOM City which will cost $500 billion and was announced in October 2017 will be located on the Red Sea Coast promising a new lifestyle that does not currently exist in Saudi Arabia. The new city is planned to span over a total area of 10,000 sq m (25,900 sq km) linking KSA to Egypt and Jordan, creating new markets for many sectors, including healthcare and biotech.

The biotech sector will focus on next-generation gene therapy, genomics, stem cell research, nanobiology, bioengineering plus attracting the talent to research, develop and apply the new knowledge, NEOM will be a new nexus for this vital activity.

In last few decades alongside the demand for primary accommodation, a second-tier demand for second homes within the residential market has emerged, especially in the Eastern Province. With the development of NEOM city, Colliers expects that the second homes market flourish in the red sea area not only as secondary homes but also as an investment product supported and driven by leisure, healthcare and wellness.

The healthcare sector in KSA is represented by three main healthcare players:

Ministry of Health (MoH) is the regulator for all healthcare related activities and services within the country. MoH has played a dominant role in providing healthcare services in KSA. In 2016, MoH contributed 58.3 per cent of the total hospitals and 59.1 per cent of the total beds supply. The primary aim of these facilities is to provide care for free to Saudi nationals. However, in areas where private hospitals are not available or under certain emergency circumstances or in case of specialized treatments that are not available in local private hospitals, expats can access MoH facilities.

Between 2010 and 2016 the number of doctors per 1,000 population increased from 2.4 in 2010 to 2.8. The ratio of nurses improved from 4.8 to 5.7 and number of beds per 1,000 population increased from 2.1 to 2.2. However, even then it remains low compared to other developed countries and even world average of 2.7 beds. Yet, it is far too simplistic to look only at bed ratios when looking at the Saudi healthcare market. Population demographics, disease profiles, medical procedural advances, insurance costs, government / private sector involvement and affordability levels all have significant impacts on bed and hospital demand numbers.

Released in July 2018 for public debate and comments, the law is expected to boost private investment in the Kingdom with the concurrent impact on the Saudi economy. The Private Public Partnership (PPP) draft bill is the beginnings of the legal framework on which the Saudi government can begin to outsource healthcare provision. The outsourcing is expected to be done through typical

projects for a fixed duration and / or selected disposal of government assets. The Saudi government stated aim is to raise US$200 billion by 2030 through privatization.

Daycare surgical centers: Due to advancements in healthcare technology (for example laparoscopy) a number of daycare surgeries (treatments / procedures) have significantly increased, resulting in higher demand for daycare surgery centers. The demand for daycare surgical centres has also increased regionally and in the KSA, due increase in prevalence of number of lifestyle diseases; diabetes, obesity, depression, strokes, cardiovascular diseases, blood pressure, etc., which does not require treatments in traditional hospital set-ups. 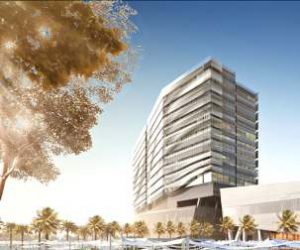 Increased demand for specialized services: Centers of excellence focusing on certain specialties such as ophthalmology, cosmetic surgery, IVF and orthopaedics (sports medicine) are expected to grow further, especially in Riyadh and Jeddah. Many general hospitals also have established dedicated wings to provide highly specialized services in a single specialty this has often been a key factor to the success of these facilities.

Primary care: Owing to the large population in the KSA and high occupancy rates of the hospitals, the country requires more primary care clinics and medical centers to meet the demand of the rising population.

In conclusion, the Kingdom is moving towards encouraging more private sector participation in the healthcare sector, however; the extent of investment required is significant. In Colliers opinion, one way of bridging the required investment is by way of creating more REIT funds. Based on Colliers estimate, REIT funds in the Kingdom can unlock around US$ 7.5 billion to US$ 8.5 billion property value from the private sector, thereby playing a key role in augmenting growth in the healthcare sector. 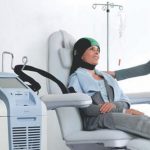 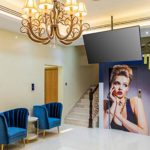 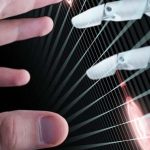 Artiﬁcial Intelligence will shape the future 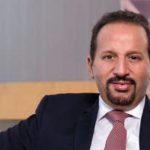